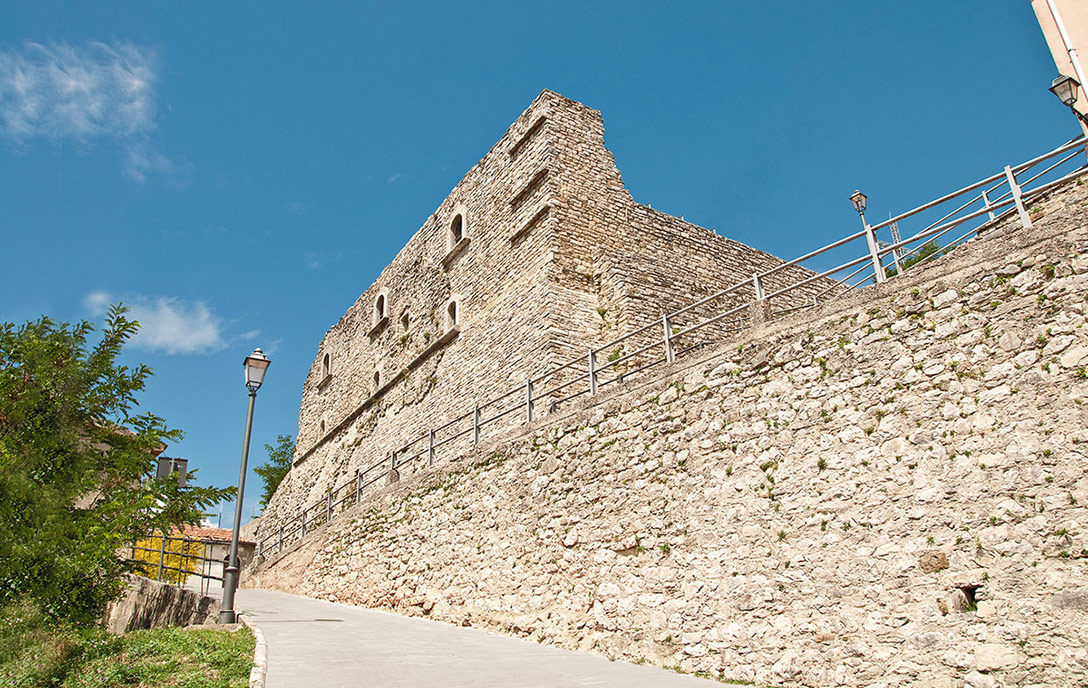 The municipality of Savignano Irpino rises to 698 meters above sea level and occupies an area of ​​approximately 38 km2. Located on the right side of the upper valley of the Cervaro stream, along the ancient route of the Via Francigena del Sud and the Regio Tratturo Pescasseroli-Candela, it develops between the two hills of Tombola and Calvario. A distinctive element of the local cultural offer is the Guevara Castle, inserted in the context of the rich heritage of Irpini castle sites and object of this project. The castle of Savignano Irpino stands on a rocky peak called "Tombola" and in the past majestically dominated the entire surrounding area. Of what was the original layout, some parts have only recently been restored, parts of which it is possible to admire the high and thick walls with the particular arched stone windows.

The Castle, called Castrum Sabinarium thus giving its name to the town, was born between the seventh and eighth centuries probably as a defensive fortress, to be then transformed, in the early 1700s, into a noble palace by the Guevara nobles. Built as a defensive structure, under the Guevara family it was transformed into a residence (1527. Until 1880 the castle was still inhabited and did not undergo substantial changes, despite some damage due to the earthquake of 1732. It was then abandoned throughout the twentieth century and after the earthquake of the 1980 the castle became a ruin, until the first restoration interventions occurred in 2004. The conservation and enhancement of this cultural asset, symbols of the bond of the Savignanese community with its past and its material history, are considered of fundamental importance for the enhancement of the territorial offer, also in terms of tourism. Among the other artistic-architectural resources, the religious buildings stand out, including the Mother Church of S. Nicola and S. Anna, located in the historic center, which has a central portal surmounted by a remarkable rose window. The facade is in late Romanesque style made using local living stone. Inside we find the chapel of the Baptistery, c with a 16th century stone portal. Another important church is that of the Madonna delle Grazie, dating back to the seventeenth century but entirely rebuilt in the second half of the twentieth century, which has a beautiful bell tower with a civic clock. Worth mentioning are the Church of Purgatory and the former Church of San Rocco.

Among the civil buildings we find Palazzo Orsini, the current seat of the Town Hall, built in 1727 at the invitation of Pope Benedict XIII and conceived as a welcoming place for pilgrims passing through the area, and Casa Albani, which has a magnificent stone portal. Significant is the presence of the Angelic Fountain with the characteristic stone swans. Savignano Irpino is also famous for its typical handmade pasta, the orecchiette. They are made by local housewives with an egg-based dough, through the combined action of thumb and forefinger which gives them the characteristic shape. Seasoned with a special sauce, whose recipe is jealously guarded, they are one of the most delicious dishes of the green Irpinia. One of the oldest festivals in Irpinia is dedicated to the Orchards of Savignano. The carnival tradition of Savignano Irpino is also well known, characterized by the creation of traditional papier-mâché floats.

RELATED ITEMSMORE FROM THE AUTHOR 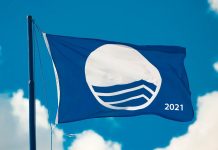 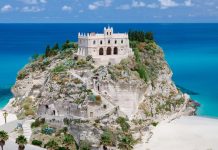 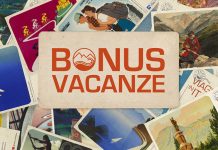 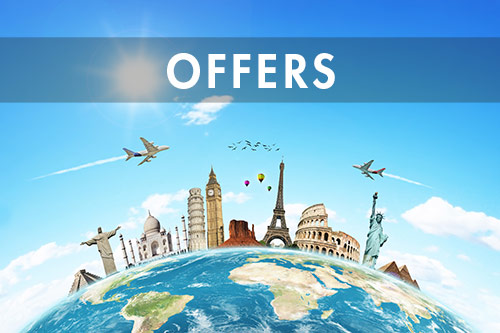 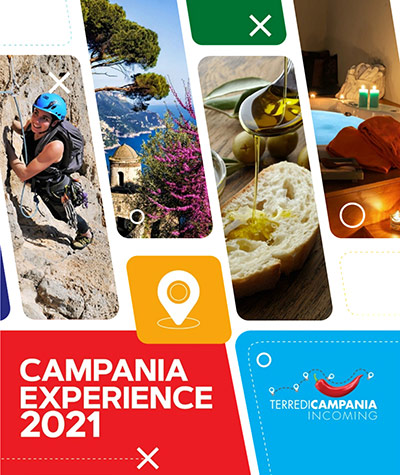 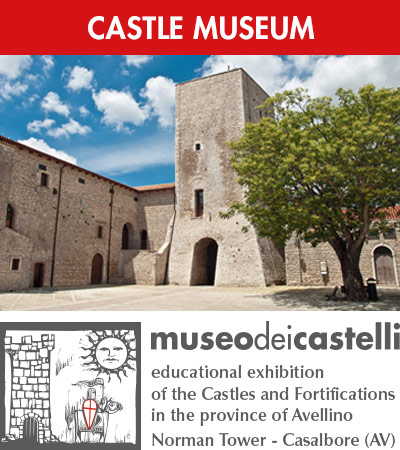 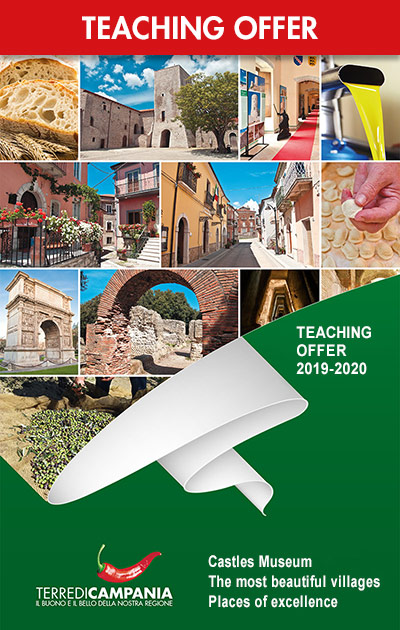 The Terre di… Travel and Territory Gift Cards are here 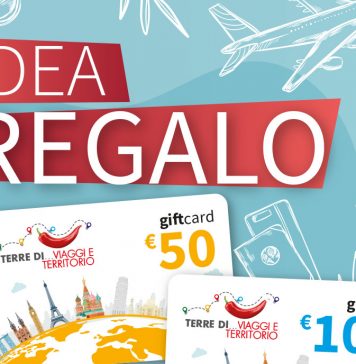 Travel Blog
November 13 2020
0
The gift idea to return to travel in 2021. Dear friends, we all know that in this period it is not recommended ...
Read more

Drops of water: the artistic installation becomes a video, hosted in the Paleochristian Baptistery of Nocera Superiore 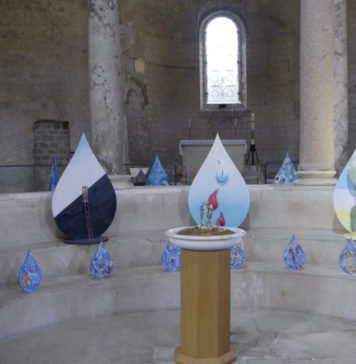 Travel Blog
July 2 2020
0
From an idea by Giuseppe Ottaiano a new initiative of the Terre di Campania Cultural Association, to make known and...
Read more

The Castles Museum of Casalbore

Travel Blog
March 26 2020
0
The village of Casalbore, in the province of Avellino, hosts a truly unique attraction: the Castelli Museum...
Read more 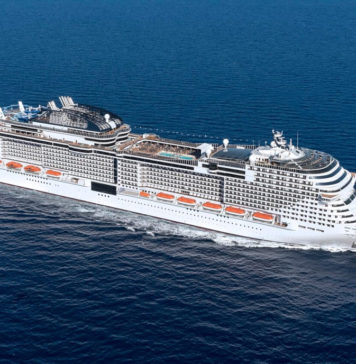 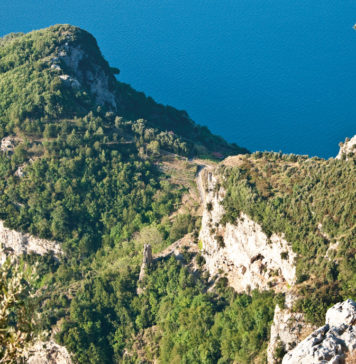 The "Terre di ... Viaggi e Territorio" Travel Agency is a new and dynamic reality, operating in the tourism sector, which will lead you to discover the wonders of Campania, the South and all of our country.
Contact: info@terrediviaggieterritorio.it